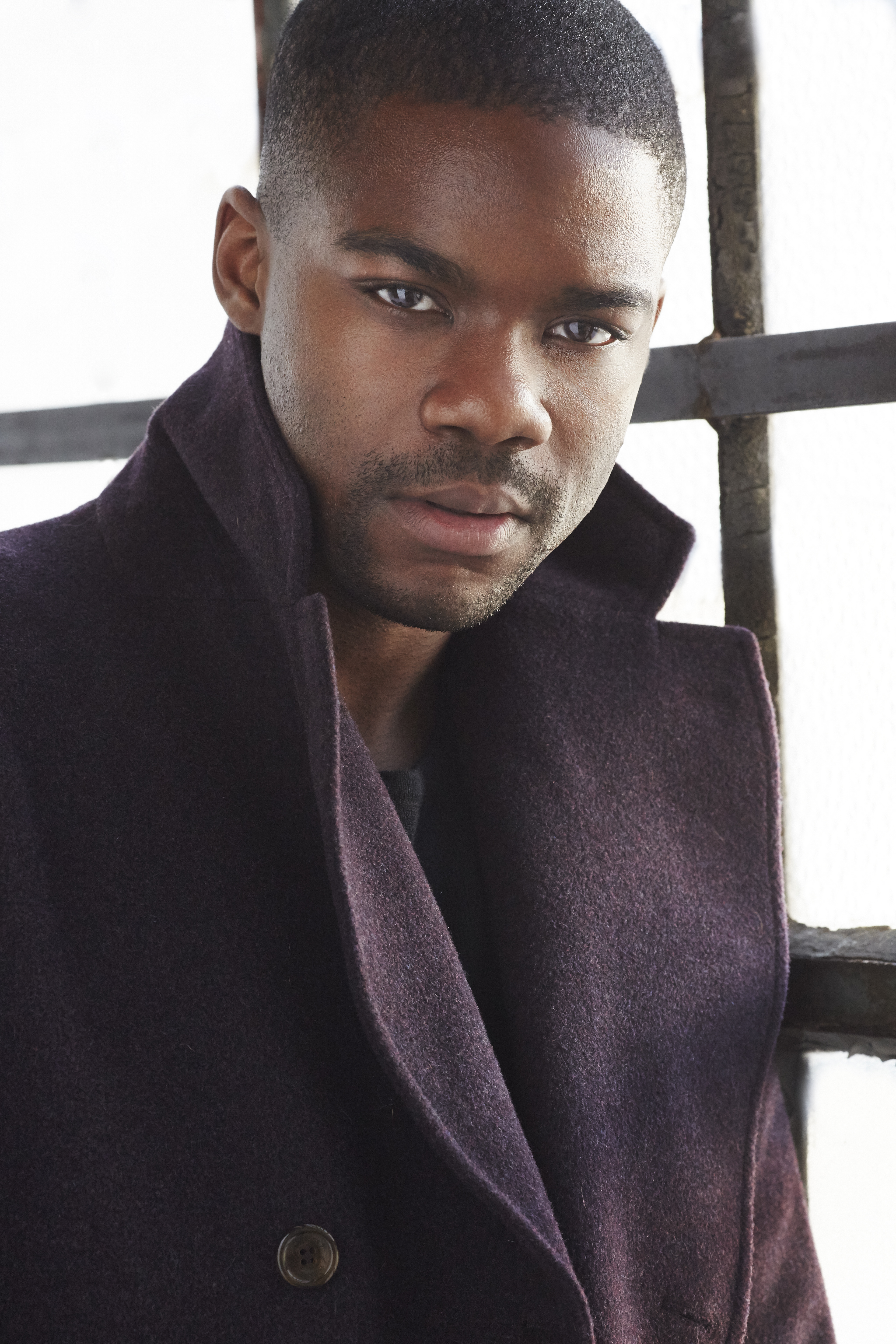 Jovan Adepo was born in Oxford shire, England to his American father James a British police guard and mother Adelola, a student in the city of Oxford. Born into a military family meant life was always on the move. He moved to the United States at a young age, spending the majority of his upbringing in Maryland. With his mother an avid theatregoer and his father a movie buff, Adepo was exposed to electrifying performances from an early age.

Adepo has had an amazing last few year as one of the industry’s top emerging leading men.  Adepo had two projects come out in winter 2019, first was the return of the Facebook series, “Sorry For Your Loss,” in which he starred opposite Elizabeth Olsen as her love interest. The show was a half-hour female-driven dramedy starring and executive produced by Olsen. Created and written by Kit Steinkellner (Z: The Beginning of Everything). The show ran for two seasons and launched Facebook’s original programming.

In addition to SFYL, Jovan also co-starred in the second season of Amazon’s uber hit series “Jack Ryan,” as a series regular opposite John Krasinski. Tom Clancy’s Jack Ryan, which hails from the “Lost” duo of co-showrunner Carlton Cuse and writer Graham Roland, Platinum Dunes, Skydance Television and Paramount TV, is a reinvention with a modern sensibility of the unexpected Tom Clancy hero.

In addition to his two fabulous shows, Jovan also made a bit of TV history in 2019 as one of the stars of two of most critically acclaimed TV projects since “People v. OJ.”  First, Jovan starred as ‘Lionel Jefferson’ in the ABC, Jimmy Kimmel produced, “Live in Front of a Studio Audience: Norman Lear's "All in the Family" and "The Jefferson’s.'' The star-studded event brought in over 22M viewers on May 25th.  Jovan starred opposite Woody Harrelson, Marisa Tomei, Jamie Foxx, Wanda Sykes.  In addition to the Norman Lear project… Jovan also starred in Ava Duvernay’s ground breaking limited series for Netflix, “When They See Us.”  The series told the true story of the Central Park 5.  Jovan gave a riveting performance as ‘Anton McCray’ one of the CP5. The dramatic miniseries chronicles the true story involving the 1989 assault and rape of a jogger in New York City’s Central Park area. The attack made national headlines and subsequently resulted in the arrest and ultimate conviction of five teenagers. The case proved to be incredibly controversial and the teenagers in question were eventually exonerated years later thanks to DNA evidence. The series proved to be Netflix’s biggest watched limited series with 23M viewers.

Both were nominated for 2019 Emmy Awards with ‘Live in Front of a Studio Audience” winning its category.

Rounding out 2019, Jovan wowed audiences and comic book fans with his portrayal of ‘Hooded Justice’ on the critically acclaimed HBO limited series, “Watchmen.”  Jovan appeared in only one episode of the series, episode six, “This Extraordinary Being,” where he takes over the episode and tells the story of the black police offer Will Reeves a.k.a. Hooded Justice, the first black super hero who is also a homosexual.  One of the story’s most elusive figures, the brutal vigilante called Hooded Justice is a peripheral but pivotal figure in the original graphic novel by Alan Moore and Dave Gibbons. Hooded Justice was the very first masked vigilante hero in the “Watchmen” universe, responsible for launching the phenomenon that inspired all the others to don masks of their own. Underneath that hood and noose, so evocative of the Ku Klux Klan, was a black cop and survivor of the Tulsa Race Massacre, Will Reeves. Employing a mask and a rope that his racist fellow police officers had used to terrify and intimidate him, he turned the terror back onto criminals — including those crooked cops. The revelation elevates a background player from the graphic novel to the status of protagonist. Jovan tackled portraying the first black/gay superhero with grace and finesse… He managed to relay the dignity along with the anger and fear that black men suffered at the hands of racists in 1938 and the need for justice and the need for fairness in life… The show premiered October 2019 and stars Regina King.

Recently, Jovan wrapped production on the independent feature The Violent Heart opposite Grace Van Patten.  The two star as the leads of the film that is written and directed by Karem Segna.  The film will premiere at the 2020 Tribeca Film Festival. In addition to The Violent Heart, Jovan recently wrapped a series regular lead in the CBS All Access series, “Stephen King’s: The Stand” opposite James Marsden and Amber Heard. (TBD 2020).

Jovan’s past credits includethe main lead of the JJ Abrams produced horror thriller film for Paramount Pictures, titled Overlord (November 2018). Jovan is best known for his role in Oscar nominated film Fences as “Cory Maxson” the son of the characters played by Denzel Washington and Viola Davis. He was also a series regular on HBO’s critically acclaimed series, “The Leftovers.”